What do we mean by the Age of the Anthropocene?

The name Anthropocene is a combination of ancient Greek words: Anthropo– from anthropos meaning “human”, -cene from kainos meaning “new” or “recent”.

It can be defined as Earth’s most recent ‘proposed’ geological time period which has been overwhelmingly influenced by humans. It is based on global evidence that atmospheric, geologic, hydrologic, biospheric and other earth system processes are now altered significantly by humans.

eSF envisions one clear answer to these global constraints in the Age of the Anthropocene -Planet First Solutions.

Why do we need planet-first solutions in this Age of the Anthropocene?

Climate change and environment degradation (one of the top challenges of the 21st century) are challenges that transcend the artificial differences created by humankind. Climate change does not know walls, borders, socio-economic or religious differences, political or ideological disagreements. Despite the global proportion of the threat of climate change, progress in climate action and environmental conservation has been tragically slow.

This global inertia stems from issues like climate change denial, weak acceptance of responsibility, poorly enforced commitments, lack of will in financing, reluctance in technology sharing, isolationism, entrenchment of Big Oil, consumerism, and poor representation of people at the front-lines of climate change among many other constraints in this Age of the Anthropocene. Amidst these constraints, eSF emphasizes on a clear approach of planet-first solutions.

Climate change and environmental degradation do not know any borders, why do we? eSF emphasises on Planet-first solutions as the only real solution in the Age of the Anthropocene.

What we mean by Planet-first Solutions?

“Planet first” signifies our primary focus and summum bonum of all our endeavours i.e. to save our planet, its environment and inhabitants from further harm and to reverse the clock of degradation through global partnerships and a dedicated, evidence based, and scientific approach. eSF believes that development aspirations do not have to compete with environmental conservation.

Our planet-first approach aims to develop solutions that can help ensure that the planet and humankind no longer remain at odds with each other. For this, we not only raise awareness about the impact humankind is creating through its irresponsible lifestyles and greed, but also empower people to develop and live in a way that is in harmony with the planet. All of eSF’s work is dedicated to change humankind’s current relationship with the planet from confrontation to symbiosis. 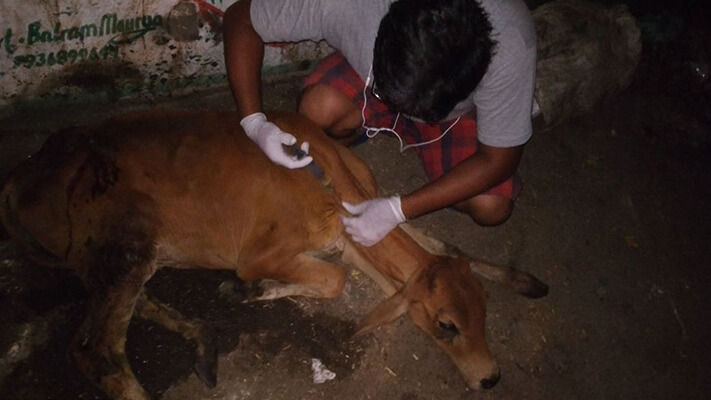 Although physically established in 2018, eArth Samvarta Foundation is built on a foundation that was laid years before. It is the result of a journey of empathy and conscience that the two co-founders, Abhishek Singh and Chandarprabha Sharma undertook, first individually and then together. Having grown up as avid readers, Singh and Sharma were never detached from the events of the world. They had always discussed, elaborated and quantified the repercussions of the actions of mankind and what the future had in store for us all. They were raised in sensitised families where they were consciously taught that purchasing power does not entitle us to abuse the resources this planet blesses us with. Thus, this was never a world they were prepared to accept. Reading about the mass extinction events, birds and animals like the dodo being wiped off the face of the earth due to human interference, unleashed a palpable need for action in the two.

They satiated this need by working for various reputable national and international organisations. But what drove two bright best friends to lend their voice, and dedicate their service, to the movement against environmental degradation? A beautiful Saint Bernard named Tyler. In 2013, Tyler made his place in their home and their hearts. As that bundle of joy grew up, he taught them to understand the pain of other animals without the need of any words being exchanged. Tyler’s unconditional love for all inspired in them a sense of affinity towards all that was living and turned them into ardent advocates of the planet and and all the great animals it is home to. eSF was finally flagged off with a few crumpled hundred rupee notes in his pocket and a first aid kit in his hand, as Abhishek began to rescue animals from man-animal conflict along NH 28 and villages stretching from Mumtaz Nagar to Gaddopur in Faizabad district. Having lived in a suburb, he had always witnessed the cruel abandonment of male calves on to the busy roads of the city, but spearing of bulls who enter farm lands out of desperate hunger was something he could not overlook like a bystander.

His efforts in first aid and care promptly widened to include every animal he found, stray dogs, cats, monkeys, birds. It did not take him long to realise the policy changes and ground action required to make a true difference and a lasting impact to the world of the voiceless he was working for. With the added expertise, focussed approach and finesse of Chandarprabha, eArth Samvarta Foundation received it’s true shape. As they collaborate with many like minded individuals, they believe in bringing harmony, consistency and fervor to the movement against environmental degradation. They stand prepared for a long and arduous journey and will stop at nothing unless their vision of planet-first is actualised. 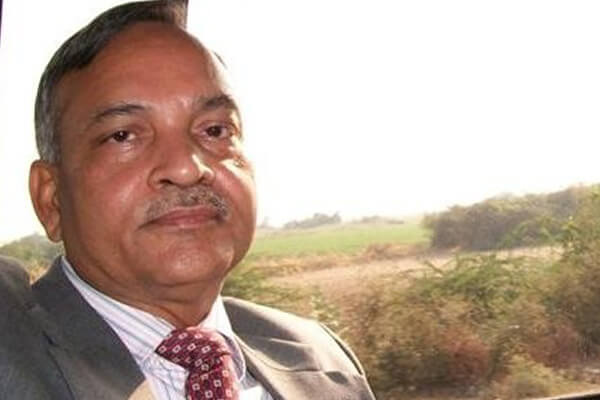 Dr. A.R. Shukla is currently the President of Biogas Forum of India and formerly served as Joint Secretary to the Ministry of Renewable Energy and has 29 years of extensive experience in Bio-energy. He has 40 years of experience in policy; planning; developing national level Renewable Energy R&D and technology demonstration projects and dissemination programs and their implementation and monitoring in the country including at grassroots level, research, technology development & innovation and standards development.

His valuable guidance and advice is a great asset to eArth Samvarta Foundation as we aim to advance waste to wealth solutions especially of weaker communities that lack access to clean energy. 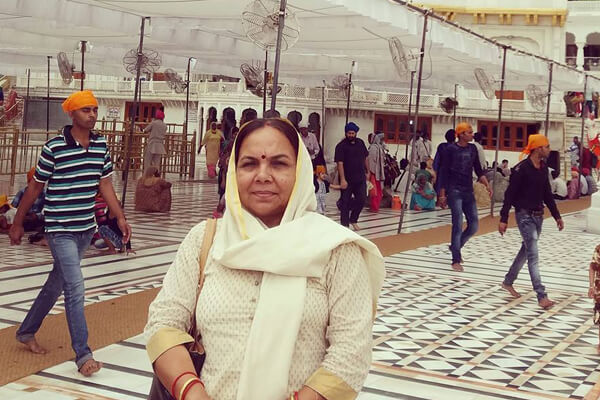 She is an esteemed scientist at the International Rice Research Institute (IRRI) with areas of interest including Sustainable Development, Policy Analysis, Analytical Skills, Life Sciences, and Data Analysis.

Her extensive experience and expertise in Sustainable Agriculture is a great asset for eArth Samvarta Foundation which works in climate adaptation of agriculture, smart agriculture and water management for water intensive crops. 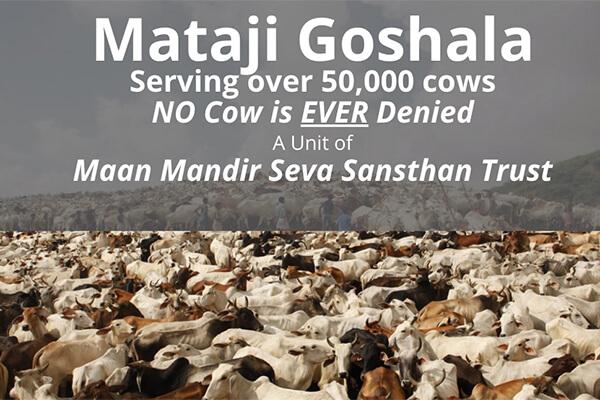 Brajraj Sharan is an esteemed expert on cattle welfare and has played an instrumental role at the Maataji Gaushala of Maan Mandir Seva Sansthan Trust . His Gaushala is home to 50,000 cattle and holds the esteemed distinction of never denying safe haven to any cow. The Sansthan is also an expert in water body restoration, Save Yamuna, Tree Plantation, all of which play an important role in environmental conservation.

Esteemed Advisor on Wetland Rejuvenation and Engineering for Conservation

Anand Malligavad is renowned for his experience and expertise in rejuvenation and restoration of lakes in the city of Bengaluru. A mechanical engineer by training, Anand is known for his remarkable feat of rejuvenating wetlands in the most cost-effective, time-efficient and sustainable manner! In 2016 Anand was approached by B Muthuraram, the ex-Vice Chairman of Tata Steel for the rejuvenation of Kyalasanahalli lake and Anand led the rejuvenation of the 36 acre lake in 45 days and less than 1 crore!

Following that, he also restored the Vabasandra Lake and the Konasandra lake and now he is on a mission to rejuvenate 45 lakes by 2025 each of the lakes restored in a manner that uniquely suits the native geography and biodiversity of the lake. The remarkable strengths of Anand’s approach for conservation of wetlands includes community participation and empowerment which is also a focus of eSF to empower communities to become stewards for the wetland.

The community participation approach also helped clear more than 15 acres of encroachment in an all inclusive manner without the authorities. Anand also brings immense experience in afforestation techniques like the Japanese Miyawaki technique which brings the advantage of cost-effectiveness and land area optimization.

It’s Cool to Join Our Team

Join the race to race against climate change and environmental degradation.

For any inquiries email info@samvarta.org