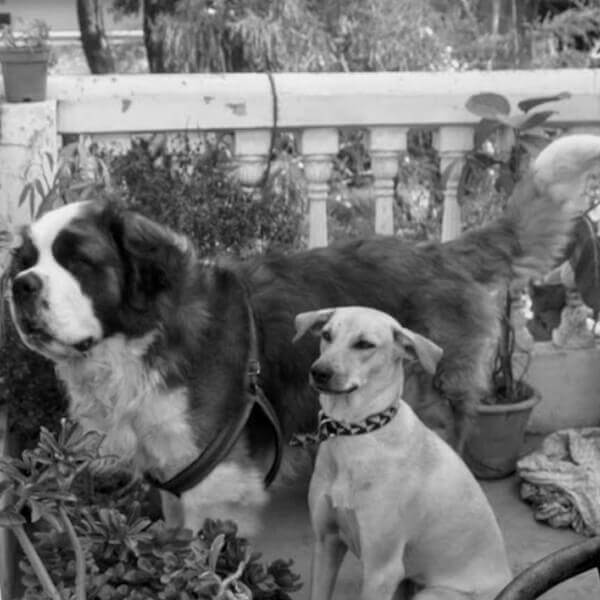 ‘‘The best teachers of what humanity truly means need not necessarily be humans.” Tyler the Saint Bernard entered the home of the founders of eArth Samvarta Foundation in 2013, and gave their lives a new dimension and meaning. His unconditional love and his innate ability to sense the pain and sadness of others, humans or animals, inspired the founders to dedicate themselves for conserving our planet and all those it is home to.

Tyler was the personification of the ultimate lesson for humans- it doesn’t matter how far ahead you are in the food chain, everyone around you matters! Tyler was a loving parent, mentor and guardian, to two other stray dogs who were adopted into the family, Ophelia and Tinkerbell. In fact, Tyler was the reason they were adopted in the first place as he first sensed their abandonment and suffering and alerted Abhishek and Chandarprabha. Even though Nature’s rules created Tyler a ‘predator’ for certain animals, the kindness in his heart even made him look after the chickens in his home, and stand guard as injured calves were treated. Tyler would spend restless nights giving soothing companionship to the sick, the tired, the depressed and the grieving.

Tyler taught us that life was beautiful if lived without prejudice, apathy and hatred. If only we could look beyond our own selves, we’ll see there’s a person, an animal and a cause that we can serve. eArth Samvarta Foundation today stands on the inspirational lessons Tyler taught us. Most importantly, Tyler taught us to playfully chase butterflies and not greed. He is still chasing his butterflies across the rainbow bridge, constantly reminding us to pause and ask ourselves – what are we chasing?